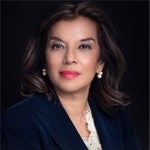 Ms. Kundanmal is an Indian immigrant, born and raised in Colombo, Sri Lanka.

Upon graduation from law school, Ms. Kundanmal was appointed Assistant Corporation Counsel (Torts Division, Kings County) by Mayor Bloomberg in 2002 where she served as trial counsel from 2005 to 2006 defending the City of New York. She practiced civil defense litigation from 2007 to 2012.

Ms. Kundanmal is a member of the bars of the U.S. Supreme Court and the U.S. Courts of Appeals of the Second Circuit, and the Eleventh Circuit.

Ms. Kundanmal is a member of the New Jersey State Bar Association and the American Immigration Lawyers Association.

She served as the Chair of the Diversity Committee - Trial Lawyers of the New York State Bar Association from 2008-2010.

She also served as an alternate member on the Hackensack Planning Board from 2013 to 2015.